How to Build a Recurring Donor Program That Works with charity: water 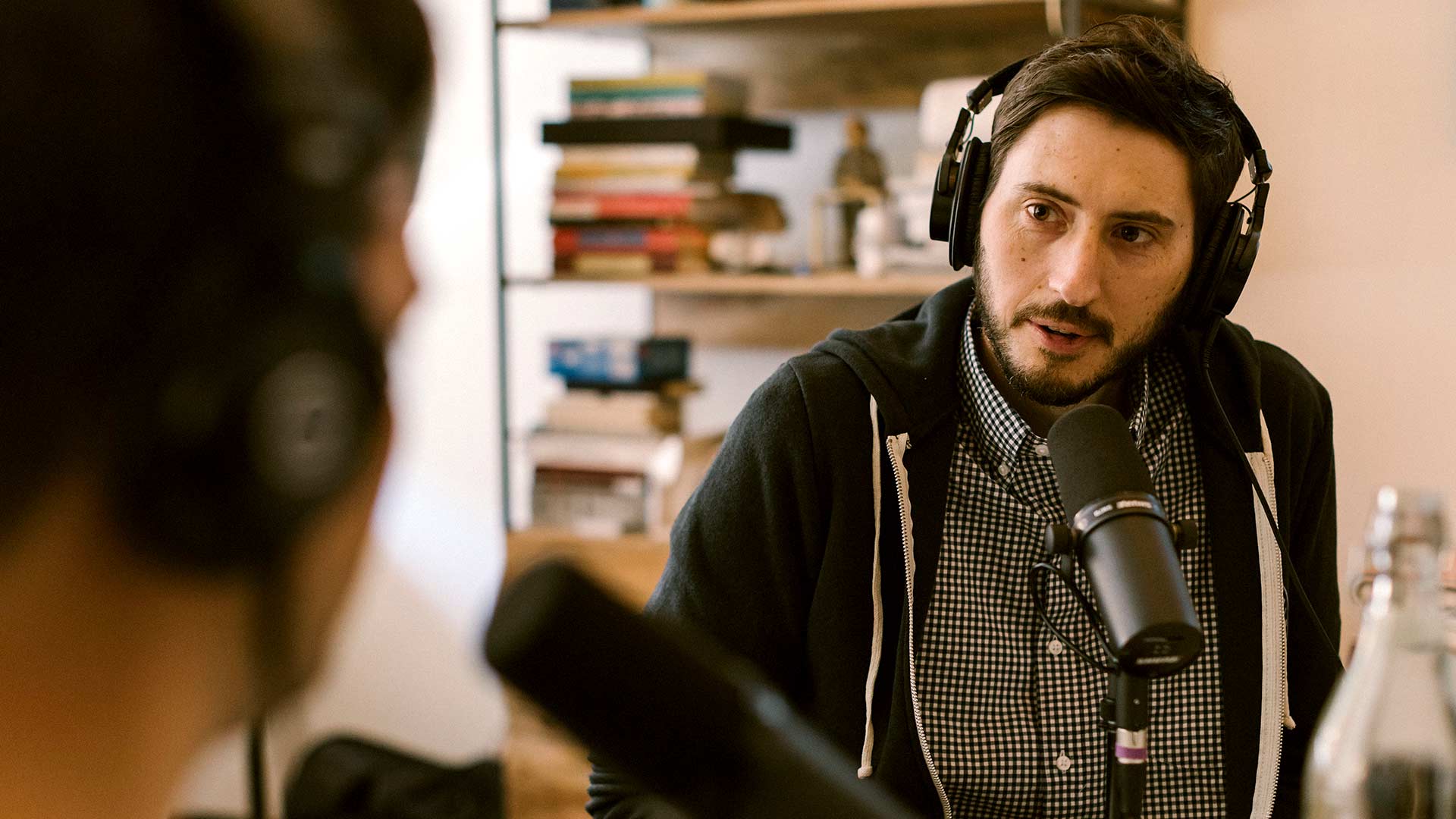 SURPRISE, Ellen just found out about the amazing work your organization is doing and wrote you a check for $50,000! Amazing, right?! Fortunately for well-known nonprofits, this kind of celebrity attention isn’t uncommon, and being on the receiving end of a donation like that can be a game-changer.

The following year, however, you don’t pick up a massive donation, so it’s impossible to keep up with last year’s fundraising. In many ways, this is kind of a great problem to have, but can make predicting potential revenue streams and accurately projecting fundraising tricky year over year.

What can you do about it? Build a monthly recurring donor program, of course. How? Lucky for you, we put together two fundraising powerhouses to lay it out for you. See below for the entire discussion between Tyler Riewer, Brand Content Lead at charity: water, and Justin Wheeler, CEO and Co-founder of Funraise:

If you don’t have time to watch the whole thing now, catch the primary takeaways here:

Why would I want a monthly recurring donor program?

Predictability – With a monthly giving program, you’ll have a more predictable stream of money coming in which will remove some of the guesswork and anxiety around setting long-term goals and strategies. (Because we’re right there with you on the paralyzed-by-anxiety train.)

Donor retention – A monthly giving program, if set up correctly, will make your supporters feel like they’re part of the ongoing efforts to solve the issues you both passionately believe in.

“OK, that all sounds great; where do I start?”

Start with a strategy

You’ll need to make a few decisions before you toss up a landing page with a sign-up button and expect recurring donors to just *find* you.

Step 1: Scope out the big picture

Utilize your big-picture bullet points from the first step and break each of them down into smaller parts. Then, break those down again, and then one or two more times. The best way to ensure you’re able to reach a goal is to break it down as far as possible into realistic, attainable action items.

Having a daily or weekly goal is a good idea—it’ll allow you to track your progress over time in smaller segments. If you do great one week and not so well the next, you can track down what the causes may have been.

Once you have a rock-solid plan, you’ll need to get the word out to the world, including all of your loyal donors and future supporters. Just like with any product, packaging matters! charity: water gave each of their fundraising programs clever, water-themed names. “The Well” is their operations donation program to keep the lights on, “The Spring” is their monthly giving program, and , if you dig deep (ha!) you’ll find this type of clever branding throughout their entire organization.

You’ll want to launch your monthly giving program with something that will catch people’s eye and tug at their heartstrings. Whether it makes them giggle or think or empathize, your marketing’s gotta make an impact and be memorable from the very beginning.

Tyler tells the story of one of charity: water’s brilliant campaigns: A 6-year old child watched The Spring film, which is a short documentary about the efforts of charity: water’s founder, Scott Harrison. Afterward, the child debated whether she should give her own money to charity: water or not. Upon deciding to give, she asked her mom to help her send a donation. The child’s donation included a photo of her, a hand-written note that said, “I don’t want people to die from dirty water, so I’m sharing some of my money,” and a cash donation of $8.15. The team at charity: water was so moved by her donation that they created a short video highlighting her story, and for World Water Day, they asked people to match her donation of $8.15. To further extend the story, charity: water created a pre-filled form with $8.15 written in, but many people gave more—including a massive $15K donation. Within one day, they collected about $75,000.

This is a prime example of the power of a great story told in a way that inspires and motivates people to give. Whatever method or story you decide on, make sure it includes a clear and specific ask for people to join your monthly giving program.

Now that you’ve got a compelling story ready, you’ll want to tell it to the right people and reach as many of them as possible.

A good place to start is with each and every one of your current or previous donors, whether they give to you every year, or they donated $5 once. Typically, if someone has contributed to a cause in the past, they’ll be open to contributing again.

Tyler from charity: water recommends paying close attention to your first group of recurring donors. Keep them all together to start and experiment with reaching out to them in different ways. Messages will sit with people in different ways.

Keep close track of activity (email marketing metrics) as well as any churn (people canceling their subscription). Learn from this initial group and then segment them out and communicate to them differently, based on behavior. If you segment accurately and can keep each group happy and engaged, this will certainly lead to additional word of mouth referrals.

Justin from Funraise explains, “One of the best ways to rebuild or start a recurring donor program is to start with a campaign that has a deadline and gives the donors the ability to understand what their impact will have for your organization.” He provides a live demonstration of how Funraise can facilitate that, highlighting important steps and features such as campaign setup, reporting capabilities, and automated retention tasks and emails. If you’d like to follow along with the demo, aim for 40 minutes into the webinar, or learn more by heading directly to Funraise’s recurring giving page.

Reinventing the way people think about charity and giving has been a primary mission of charity: water since the beginning. They provide 100% of public donations directly to funding clean water projects and offer radical transparency, pinpointing every single project on a worldwide map and providing individual details on an impact page for every completed effort.

Another way to reinvent is to get people to think about charity in different ways. Many modern consumers have a suite of products to which they hold monthly subscriptions, and nonprofits can learn a thing or two from those for-profit subscription models. If you’d like to start a monthly recurring donor program, make it feel familiar to your “subscribers”:

Drive home the understanding that charity is for everyone. Ev. ery. one. (Giving isn’t hard and doesn’t have to be expensive!)

One big takeaway from the webinar is that people donate for all kinds of different reasons. Some donors like to be a part of something bigger than themselves, some like to get insider information about a cause they care about, and some give just to give. But a great way to get people coming back is to show them real-life examples of exactly what kind of impact their donation will make.

Find a way to get a person to ask themselves, “I have all of these things I subscribe to every month that is purely for me, what is the one thing I have that is for someone else?”

Stay in touch with your monthly givers, educate them, let them educate and motivate each other, and create a genuine sense of community and shared effort to make the world a better place. If your donors have a clear understanding of how their monthly contributions are continually making an impact, they’re sure to stick around. 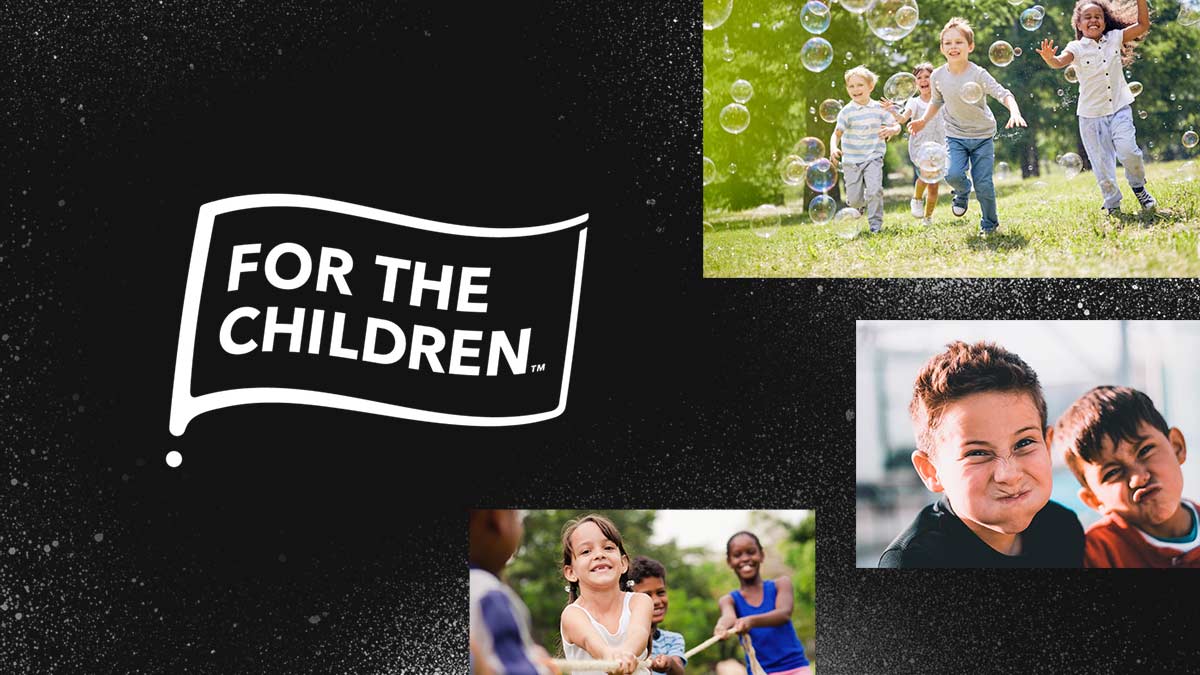 For the Children's innovative spirit engages recurring donors through Funraise

For the Children's innovative spirit engages recurring donors through Funraise